The Bremhill Parish History Festival had been planned for Saturday 12th September 2020. Unfortunately, with the current restrictions we are now unable to run the full day programme of speakers and events as originally intended. However, we are planning alternative activities including some online talks and a local history trail around the parish which people can follow on foot, bicycle or in a car over the weekend of 12th/13th September between 9am and 7pm. The event also has some interesting short talks online by experts in their field.

Alan Lank is the Talks Coordinator for the Wilts & Berks Canal Trust, as well as Chair of the Events Committee for the Melksham, Chippenham & Calne branch, and will introduce you to the history of this canal, where it went, what it carried, why it disappeared, and why it is relevant today.

Bremhill sat towards the fringes of Chippenham’s great Anglo-Saxon royal estate, yet by Domesday in 1086 it belonged to Malmesbury Abbey. The parish church of St Martin has Anglo-Saxon origins and appears to be set within an oval enclosure adjoining the rest of the village. The speaker has noticed such enclosures elsewhere in England, and much of this talk will focus on their origins and likely significance for understanding the Anglo-Saxon landscape.

Dr Simon Draper is assistant editor for the Oxfordshire Victoria County History (VCH), having previously worked for the VCH in Gloucestershire, where he now lives. He is a landscape archaeologist by training with a keen interest in place-names and the Anglo-Saxon period. His doctoral thesis on his native Wiltshire was revised and published as Landscape, Settlement and Society in Roman and Early Medieval Wiltshire (2006).

Bremhill’s history is replete with the stories of its people. There are the eccentrics, the villains, those who suffered or were oppressed; and those who stood up to injustice or broke the conventions of their time. Some of the narratives may challenge what we think about the past and the history of the community. This talk will illuminate some of the more surprising stories and provide an update on the Bremhill parish history book.

Dr Louise Ryland-Epton is a contributor to the Wiltshire Victoria County History and a Visiting Fellow of the Open University. Her PhD was on social reform and governance in late Georgian England.

The Ox, the Sheep and the Moon – Dr John Chandler

Wiltshire is a county of contrasts, often simply expressed in the comparison between chalk and cheese. The truth is rather more complicated, and to delve into the matter we need to explore how the county came into being; how geology affects settlement and settlement affects attitude; how boundaries have been drawn and redrawn; what divides us, but also what – in our history, folklore and allegiances – unites us; and finally, since most of us are neither sheep farmers nor cheesemakers, do the same contrasts still exist or have they changed.

John Chandler has been exploring, researching and writing about Wiltshire for more than forty years. He is consultant editor for VCH Wiltshire.

Our trail has 12 sites, each of which will have a small temporary A3 sign with historic information about the location. Information will also be available from a mobile app. Details about the trails and how to download the App can be found at - bremhillparishhistory.com/trails

Join us for a weekend of discovery and interest with fun for all the family! 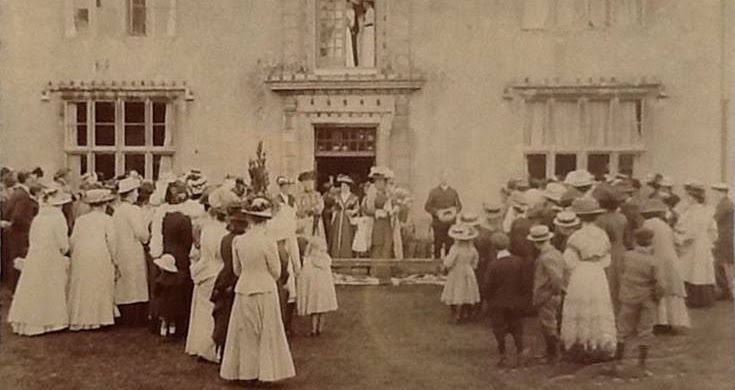